How We Got Here

Christmas as we know it has its roots in Victorian times. At the beginning of the 19th century Christmas was barely acknowledged. It was not recognized as a holiday by businesses and individuals alike. By the end of the century it rose to being the largest annual celebration  and began to resemble the Christmas of the present.

The evolution of the holiday is largely attributed to Queen Elizabeth. She married the German-born Prince Albert  and subsequently introduced several prominent aspects of Christmas. In 1848 the Illustrated London News published a drawing of the royal family celebrating around a decorated Christmas tree as Prince Albert would have done in his youth. It wasn’t long before most homes would boast a tree decorated with candies, fruit, homemade ornanments and small gifts.

In 1843, Sir Henry Cole, a British civil servant and inventor, commissioned an artist to design a card for the holiday. The illustration featured a group of people around a dinner table with a brief Christmas message. The initial cards were expensive for the average person and did not immediately catch on. However the idea was solid and children were encouraged to make their own Christmas cards. Being in the industrial age, printing technology became more advanced, reducing the production cost and reducing the price to the consumer. By the 1880s Christmas had become so popular that 11.5 million cards were produced in 1880 alone.

Home decorations became more elaborate. Uniformity, order and elegance were encouraged. There were instructions on how to make your own ornaments and decorations for those living outside of the city. In 1881, Casell’s Family Magazine offered the following advice to the lady of the house: “To bring about a general feeling of enjoyment, much depends on the surroundings; it is worth while to bestow some little trouble on the decoration of the rooms”.

Gift giving had traditionally been done in the New Year but was eventually moved to Christmas. In the beginning gifts were small; fruit, nuts, sweets and handmade items. They were usually hung on the tree. As gift giving became more prevalent gifts became larger and were moved under the tree.

During the Victorian period the traditional Christmas dinner began to take shape. Early on, mince pies were made with meat. Gradually the composition of this particularly festive dish changed. Recipes without meat gained popularity and became the mince pies we know today.

The turkey also had its origins in this time frame. Prior to this the Christmas dinner featured goose or beef. The turkey became the favorite of the wealthy. It was soon adopted by the middle classes because it was the perfect size for a family gathering. By the beginning of the 20th century the turkey had become the dominant dish for the Christmas feast.

Christmas carols had been around to some degree for quite awhile. Victorians took this to another level by reviving and popularizing the singing of carols in many different venues. They felt that carols were a delightful form of entertainment and well worth cultivating. Traditional lyrics were put to new melodies and the first significant collection of carols was published in 1833.

Charles Dickens wrote A Christmas Carol during this period. The book is credited with helping to bring Christmas traditions to the fore and spreading these traditions throughout the masses. The book’s themes of family, charity, goodwill, peace and happiness are truly universal and timeless.

Buying a Historic Home in Cape May by Edward Connolly

There are many homes of historical significance in Cape May reflecting architectural styles spanning over two hundred years.  It is home to one of the largest collections of nineteenth century buildings in America. Over the past several decades preservation efforts have intensified and have led directly to a positive effect on the city’s economic growth. The historic district is defined by its architectural character in its entirety.  It is comprised of individual, commercial and residential structures. The relativity of scale, proportion, materials and streetscape provides commonality among a diversity of style and features.

Cape May’s architectural heritage led to its designation as a National Historic Landmark District in 1976. City Council underscored this honor by establishing the Cape May Historic Preservation Commission. The Commission is involved with conducting surveys and setting design standards for exterior alterations, new construction and demolition. With the increase of traffic generated by tourism and the demand for new construction it is the charge of the Commission to oversee these developments, ensuring that the design standards are adhered to.

When you are ready to make an offer there are several things to consider in order to maximize your investment; have a full understanding of what you can and cannot do to the property; hire a home inspector preferably with experience in this area; obtain estimates from contractors with experience in historical restoration to gauge costs. It is also a good idea to engage an architect to formalize your project into plans that you will need for your presentation.

Victorian Foodies by Edward Connolly….
Cape May is known for many things not the least of which is the eclectic variety of its restaurants. Fine dining was an integral part of the Victorian lifestyle as well. Private homes or hotels were the usual dining venues with restaurants becoming popular in the latter 1870s. Food was one thing but the Victorian dining experience was as much about showing your station in life as it was about anything else. Leisure time and disposable income were the main ingredients for the elite when they dined. When entertaining at home meals were served by numerous servants giving the hosts ample opportunity to show their guests how many servants they had. China, silverware and glassware were also on display. Careful consideration was given to the menu and to the accompanying beverages. A typical Victorian dinner would include 10 or more courses each with its own place setting. Over 100 pieces of silverware, a few dozen plates and a dozen glasses made up the service for a single guest. An elaborate floral centerpiece graced the table and would be narrowed at eye level to facilitate conversation. The conversing was more important than the consuming. This was an example of Victorian networking and diners took small bites and quick sips in order to be ready for a verbal response.
The same rules of etiquette and decorum applied when dining at a hotel or restaurant. And the particular spot, such as Congress Hall, the Stockton or the Columbia, added to the prestige of the experience. As restaurants appeared they were judged not only by their cuisine but as the “place to be” as well.
Attire at the dinner table was an important consideration for the Victorians. Options for a gentlemen were few; black or white tie with a tux or proper evening suit. Women needed to select a formal gown that had not been seen in that particular season. Summer whites were not considered proper dining apparel.

Cape May Restaurant Weekend is November 2nd – 5th. You can see participating restaurants by clicking here.

In 1863 the structure now known as the Southern Mansion was built by wealthy industrialist George Allen. The beautiful beige mansion sat on a huge parcel of land and had extensive Italian gardens. Allen’s niece, Ester Mercur and her husband were the last of the Allen family to be in residence. After Ester passed her husband sold the entire estate with furnishing for $8000. The new owners turned the property into a boarding house. They painted it white and converted the interior into several small rooms. Fifty years later the mansion was in disrepair due to lack of upkeep and the conversion to small rooms had weakened the structure. The boarding house license ceased in the 1980’s. The current owners bought it in 1994 and over the course of the next 18 months fully restored the building. 130 years of Allen family furnishings yielded several fine pieces that were put back into the house. Gas fixtures, walls, ceilings, floors an windows were restored to their original state.

The grounds and Italian gardens were replanted and cultivated.

Restoration of old buildings often bring strange happenings. Apparently, Ester was happy with the work and decided to again take up residence in ghostly form. She has been observed as a well-dressed female and her perfume wafts through the rooms. Her laughter is heard as her apparition dances through the house. She loves being in the kitchen keeping her eye on the meal preparations. One particular room causes considerable tension because of a possible death therein. The South Jersey Ghost Research team investigated the mansion on 2 separate occasions. Positive images were obtained with orbs and several EVPs (electronic voice phenomenons). Investigators sensed many presences and were touched gently by them. Cold spots were detected in many rooms. On one occasion a door locked by itself after investigators verified that it was unlocked. 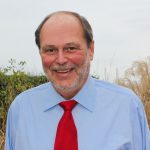 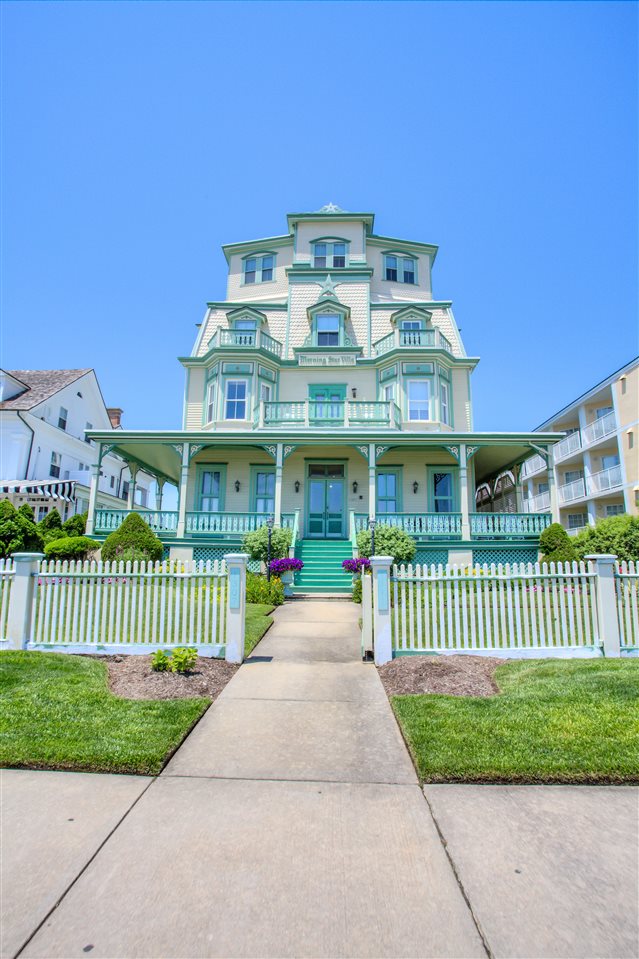 Is Lower Township the next beach front resort? As a lifelong resident of Cape May County, one is starting to believe so. It has all started with the economic growth and desire to own a piece of history in Cape May. Cape May boasts some of the states and countries best restaurants and beaches, nominated and placed on many lists for vacation and retirement. Now it is a growing trend among Lower Township businesses to market the well known Cape May name. If you take a look at Lower Township it is a sprawling area with waterfront properties and views that stretch from Shawcrest on the west side of Wildwood down along to a portion at the end of Wildwood Crest. Then one cannot forget about the marina district which is home to the Lobster House and Lucky Bones with some amazing homes that offer boat slips along the back waterways. Not to forget about all the beach front property from North Cape May, Cape May Beach, and Villas. Something that was once slightly overlooked is now being bought up in high demand, from million dollar homes that sit in the dunes to amazing steals around $150,000 beach bungalows for quick trips to the shore.

A quick run down of this year already in Lower Township there are currently 163 active listings with a high of 2.4 million and a low of $35,000. The average list price is $250,984 which puts a lot of these homes only blocks from the beach and in many homeowners budget. Since the beginning of the year there have been 116 transactions with the highest being $690,000 all the way down to $25,379. The average property sold is $175,654.

With all of this being said, one can easily see the transition that areas along the Delaware bay have seen. Homes have been purchased for a variety of reasons with one of the largest draws being proximity to the water. The little bay communities from the ferry all the way to the north end of Villas are being transformed into affordable summer getaways, retirement homes, and primary residences. I lived a block of the bay for a few years and still miss the enjoyment of the sunsets, and ability to walk a block to the beach with your family and enjoy what it has to offer. With Lower Townships plans to enhance the Bayfront along the North Cape May Portion to the Cape May – Lewes ferry with a promenade and parking it will only make the ability to enjoy easier.

So if your looking for a beach home don’t forget to give the many areas in Lower Township a look you might be surprised. Each one has a different feel, but they all offer access to what the area has to offer. Tai Menz is a New Jersey Licensed Real Estate Agent and member of the National Association of Realtors.